As off-road enthusiasts, there are times we are forced to pick and choose which tools or equipment we take with us. Some we leave at home simply because there is never enough space when trying to pack everything and still have room for comfort.

Something that I will continue to have on my adventures is a Power Tank. I put off getting one for years. I wanted one, I knew it would get plenty of use yet I continued to make one excuse after another as to why I would wait to buy one. After finally getting a 15lb tank and using it, I realized I had waited too long and in doing so, worked way harder than I needed to during those trail repairs. If I had a Power Tank years earlier; I would have worked less reseating beads, filling tires after a day of wheeling and when it comes to wrenching on the trail, I could have let the CO2 in the tank to the majority of the work. If I had only made the decision to get one sooner things would have been much easier. We all know those old sayings… “Hindsight is 20/20” and “Work smarter, not harder”!

If you’re not familiar with CO2 systems or how they work, here is a brief overview. Liquid CO2 is stored in a tank, when that liquid is released, it releases in a vapor form that can be used as air for airing up tires after a day of wheeling, or as an energy source powerful enough to operate pneumatic tools. Having the ability to use air tools to swap out flat or torn tires, reseating beads or using the small pneumatic kit that I now keep with me at all times is great! I have been able to use air tools to assist in removing nuts for repairing a bent tie-rod and at other times when I needed an air source powerful enough to operate a 3/8” air ratchet all the way up to a ½” impact. I have also seen Jeeps where only a small tank is used to actuate air lockers. What a great way to engage an air locker, you don’t have to listen to a noisy compressor nor do you have to wait long for it to engage, it is quick, quiet and simple.

Now that I have a Power Tank, I see how many others in built Jeeps, buggies or other rigs running large tires. Naturally when I see one on the trail, I have to ask about it. I’m pleasantly surprised at how everyone has a positive story to share as well as some great stories of trail fixes.

Finding a place to refill a tank can be a bit of a task at first but the guys at Power Tank have you covered. When you purchase one they include a list of businesses that typically refill them; they even provide a script on how to ask about what you’re actually looking for when trying to find a place to refill it. I’m very impressed at how much work with tools can be done as well as how many tires I can air up on a single 15lb tank!

One of the fun things that I have enjoyed is watching the amazement on people’s faces that are seeing the power of the tank for the first time. If you’re not familiar with Power Tank you can find more information about the company and their great products at www.powertank.com. 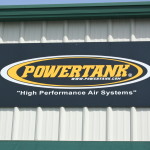 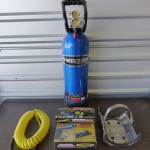 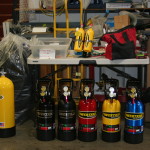 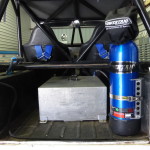 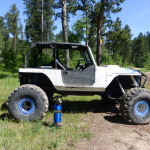 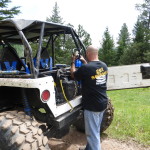 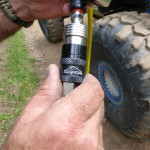 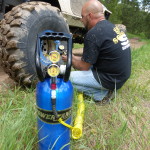 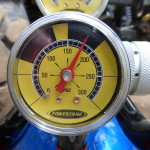 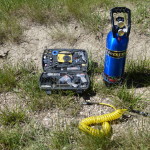 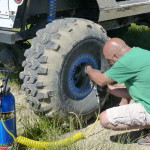 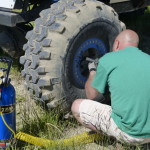 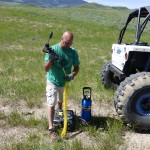 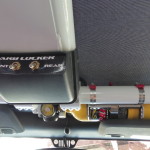